Three authors will present their findings in an online presscast today and during the plenary session Thursday, March 14, at the Multidisciplinary Thoracic Cancers Symposium , held March at the Hilton San Diego Bayfront. A new analysis of nearly patients treated with local consolidative therapy LCT for oligometastatic non-small cell lung cancer NSCLC finds that the intensive treatment approach is associated with improved overall survival.

LCT, consisting of radiation therapy or surgery, extended median survival by six months for patients diagnosed with three or fewer metastases outside of the lungs. The patients who seem to gain the most benefit are those with more favorable disease characteristics, such as adenocarcinoma, early intrathoracic stage and absence of bone metastases.

Comprehensive LCT to all disease sites i. LCT to the primary tumor was associated with improved control of local and regional recurrences.

Options were based on National Comprehensive Cancer Network NCCN guidelines and included information about treatment sequencing as well as a timeline to help patients visualize the treatment trajectory. All 76 patients were introduced to the tool by a trained coordinator, who also used the tool to facilitate discussion during their consultation with an oncologist. A separate cohort of patients seen at the same institution before the tool was available was used as a comparison group. This functional loss needs to be estimated pre-therapy to determine whether an individual patient is able to cope with it and to maintain an acceptable quality of life.

For surgical candidates, algorithms for pretreatment evaluation have been developed and are used widely Figure 3 [ 41 , 44 ]. The relative risk of postoperative morbidity and mortality can be predicted from preoperative forced expiratory volume in the first second FEV 1 and diffusing capacity of the lung for carbon monoxide DLCO. Patients with lower values might benefit from a more extensive assessment through pulmonary exercise testing.

This can be estimated from the number of bronchopulmonary segments to be resected taking into account the regional distribution of ventilation and perfusion. The problematic area is where no real guidelines exist, or the standard is not directly applicable, as resection of poorly functioning parts of the lung might improve the situation instead of making it worse Figure 4 [ 45 ].

Reprinted from [ 45 ], with permission from Elsevier. The risk of in-hospital death can be estimated by a scoring system such as Thoracoscore [ 46 ]; however, it was designed for a general population and its value for use in cancer patients is limited. Evaluation of the cardiac risk assessment for lung resections by the recalibrated thoracic revised cardiac risk index RCRI is recommended Table 3 [ 47 ], as it has been validated in this setting [ 48 ].

Schematic description of the steps to be taken for evaluating these aspects is given in Figure 5 the figure is based on the original RCRI rather than the recalibrated RCRI. Table 3. Recalibrated thoracic revised cardiac risk index adapted from [ 47 ]. Ischaemic heart disease: history of myocardial infarction, history of positive exercise test, current complaint of chest pain myocardial ischaemia , nitrate therapy, ECG with pathological Q waves. Cerebrovascular disease: transient ischaemic attack, stroke. Preoperative cardiac evaluation. Evaluating all these pros and cons should be done within a multidisciplinary team and in consultation with the patient.

Concentration of expertise will certainly improve decision-making and be of benefit for treatment outcomes [ 49 ]. Unfortunately, the predicted tolerance for high-dose RT is less well defined and it is, in general, impossible to accurately determine the related acute and long-term risks [ 50 ]. Based on the known adverse effects of RT on vasculature and cardiac function, the dose to the heart should be minimised during RT planning [ 51—53 ]. The risk of postoperative morbidity and mortality can be estimated using risk-specific models, although none have been validated in a cancer population [III, B].

Before considering surgical resection, precise assessment of cardiac and pulmonary function is necessary to estimate risk of operative morbidity [III, A]. Formal lung function testing should be undertaken to estimate postoperative lung function.

For others, exercise testing and split lung function are recommended. In these patients, VO 2 max can be used to measure exercise capacity and predict postoperative complications [III, A].

In patients with limited pulmonary function due to emphysema, a lung volume reduction effect may be observed by resection of the lung cancer within emphysematous lung tissue [III, B]. The cornerstone of treatment of potentially resectable lung cancer is surgical removal of the tumour [ 55 ]. For those who are not willing to accept the risks, or are at very high risk, curative RT should be offered, either SABR or hypofractionated high-dose RT.

Based on the Lung Cancer Study Group LCSG trial, lobectomy is the current treatment of choice for T1 tumours as the local recurrence rate after a more limited resection segmentectomy or wedge resection was found to be higher [ 56 ]. This study should be viewed within the context that staging and surgical methods have progressed significantly since its publication more than two decades ago. 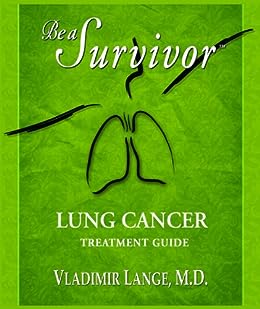 Whether the conclusions are still applicable for smaller lesions T1a seems uncertain, research based on large databases suggest a limited practice change [ 57 ]. In squamous cell carcinoma, lobectomy is superior to segmentectomy or wedge resection. For adenocarcinoma, wedge resection was inferior to lobectomy, whereas segmentectomy resulted in equivalent outcomes [ 57 ].

The same outcome of segmentectomy and lobectomy was reported in patients with radiologically pure solid cT1a adenocarcinomas [ 58 ]. As discussed in the section on diagnosis and pathology, the different types of adenocarcinoma have evolved in differences in metastatic pattern, recurrence and survival, and based on this, one might expect that a limited resection will be adequate in the least invasive subtypes [ 20 , 21 ]. Whether surgery should be done through standard open thoracotomy, or a video-assisted thoracoscopic surgery VATS procedure, is probably less important from oncological perspective [ 61 ], since comparative margin clearance and nodal dissection can be achieved.

A point of concern might be the extent of lymph node staging [ 62 ].

For patients, the major benefit is the reduced postoperative morbidity and mortality, resulting in improved quality of life and making VATS the more attractive approach [ 63 ]. While in stage I cases, overall survival OS , local recurrence rate and distant metastasis do not appear to be influenced by the method of lymph node assessment, systematic nodal dissection is recommended in stages II and IIIA [ 65 ]. Intraoperative nodal management may be influenced by the extent of preoperative lymph node mapping, particularly prior negative mediastinoscopy.

All patients with multifocal lung cancer should be discussed in a multidisciplinary tumour board [III, B]. Although for the accompanying drug, most data are available for the efficacy of vinorelbine, this does by no means exclude newer agents, with at least comparable efficacy, such as docetaxel, gemcitabine or pemetrexed.


However, adding bevacizumab was not beneficial [ 69 , 70 ]. Patient selection criteria for these studies, such as proper recovery from surgery and the absence of major comorbidities, are essential. Its value in lower stages is less clear. For stage IA, postoperative ChT resulted in a worse outcome.

Neoadjuvant ChT has not been evaluated as extensively as postoperative. However, comparing outcomes of both modalities did not reveal a major difference in OS [ 74 , 75 ]. Its use might be beneficial as downstaging might be achieved [ 76 ], potentially resulting in a less extensive resection. Predictive molecular markers have not been evaluated in prospective studies. For cases with mutation in epidermal growth factor receptor EGFR there is limited evidence coming from a meta-analysis [ 77 ], two major trials are currently recruiting to answer this important question [ 78 , 79 ].

Until these outcomes become available, targeted agents should not be used in the adjuvant setting. Pre-existing comorbidity, time from surgery and postoperative recovery need to be taken into account in this decision taken in a multidisciplinary tumour board [V, A]. For adjuvant ChT, a two-drug combination with cisplatin is preferable [I, A]. The most frequently studied regimen is cisplatin—vinorelbine. At the present time, the choice of adjuvant therapy should not be guided by molecular analyses, e.

In the current state of knowledge, targeted agents should not be used in the adjuvant setting [II, A]. Neo adjuvant anti-PD L -1 checkpoint inhibitors are currently being evaluated in addition to current standard of care. Current SABR practice generally utilises small planning margins based on 4-dimensional CT 4DCT , multiple radiation beams or arcs, all of which reduce the risk of normal organ toxicity [ 82 ]. Acute treatment-related toxicity is uncommon, as deterioration in quality of life [ 83 ]; however, the risk of high-grade and fatal toxicity is high in patients with pre-existing interstitial lung fibrosis and careful evaluation of the risks and benefits of the procedure by an expert tumour board is advised [ 84 , 85 ].

Late toxicities reported in phase II trials include rib fractures [ 86 ], dyspnoea and ventricular tachycardia [ 80 , 87 ]. In elderly patients, the introduction of SABR led to an improvement in population-based survivals of patients with peripherally located stage I, as well as a reduction of the number of untreated patients [ 88 ]. Despite the available data on outcomes of SABR in patients with peripheral stage I tumours who are fit to undergo surgery [ 91 , 92 ], there is currently no evidence to routinely recommend SABR for patients who are at low risk for surgical complications.

Three randomised clinical trials in this population failed to complete accrual, and results from four new trials will be forthcoming in the coming decade [ 93 ]. With the introduction of SABR for operable stage I tumours, a new problem arises when recurrence of these tumours is detected during follow-up. In those with proven recurrence or a high suspicion , the possibility of salvage surgery should be considered [ 98— ]. SABR is not appropriate for ultracentral tumours, as increased toxicity has already been reported for this subgroup, after conventional and hypo-fractionated RT schemes.

Data from a completed prospective Radiation Therapy Oncology Group RTOG study of SABR for moderately central tumour are expected in the near future, and until such time, a radical RT scheme using hypofractionated schedules can be considered an acceptable standard of care [ 89 , 90 ]. Whether incorporating the new pathology classification [ 16 ], and the possible pretherapy detection of less invasive types [ 25 , 26 ], would change recommendations for subgroups remains to be seen.

Salvage surgery, if feasible, may be offered, using the same indications as for primary surgery in progressive disease after SABR, but surgery may be more difficult with higher operative risk [V, B]. Fortunately, not many patients have contraindications for both surgery and SABR [ 85 ].

For these patients radiofrequency ablation RFA might be a reasonable alternative although the level of evidence comes from observational studies only [ ]. In a meta-analysis of rather old studies postoperative radiotherapy PORT was found to be detrimental if given to patients with N0 and N1 disease [ ].

The use of PORT after an R1 resection appears reasonable, but it is not supported by high-quality evidence. Evaluation of the brain by MRI is indicated. Resectable in this situation usually refers to the following situations: single station N2 disease where other nodal stations have been biopsied and proved to be benign.


Postoperative ChT should then be advised [ ];.